Is it me or we don’t talk enough about suhoor meals? Suhoor is a term that refers to a meal being consumed early in the morning by Muslims before starting their fast during the holy month of Ramadan. After discussing with a friend about our meals, I was aroused to explore more details about what do people like to eat in suhoor? How does culture play a role? Does belonging to a certain country affect their food choices?

Curiosity about these questions lead me to reach out to fellow Instagrammers and friends around the world and ask about their suhoor meals and they said:

Pakistan is known for its diverse and flavour-packed dishes with generous amount of herbs and spices. It will be impossible to mention all dishes, but remember that chai is everyone’s favourite. 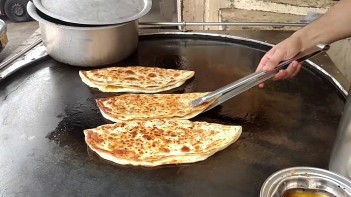 “Peshawaris and pathans are foodies. They love food”

Suhoor consists of Peshawari roghni, local bread known as bakarkhaani with saalan such as, paaye and channay and plenty of yoghurt involved.

Paratha’s made with love and ghee or channay paired with naan and unbelievably tasty yoghurt based drink, lassi.

“I am from Karachi and honestly, we pair everything with paratha”

A crispy paratha with anything from an omelette to salaan. We are a family of five, three of the members like to take the healthy route (yoghurt with a smoothie) and the rest enjoys paratha with saalan paired with chai. 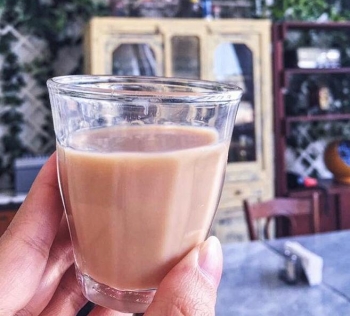 We asked our friends from UK, USA, Ireland, New Zealand, Germany, Australia and Canada and they all had a similar response – it turns out that most of the Pakistani’s living aboard just make homemade Pakistani food or prefer to have their regular breakfast.

Pepes is a traditional spicy fish in Indonesia.  Its preparation is even more interesting, it is steamed and seasoned using banana leaf which gives it an earthy flavour. The general idea of the meal is rice + vegetable + fish/chicken/meat = suhoor meal. 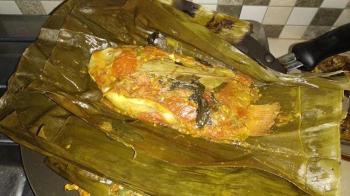 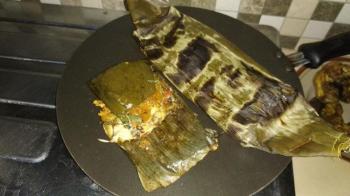 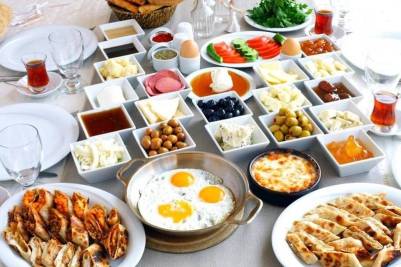 Ful (fava beans with salt and oil) is the most common dish.

“These are our traditional plates for oil and Thyme”

Thyme Infused oil with watermelon for an extra dimension of flavour (I am so intrigued to have this someday) along with, the classic homoos-o-falafel combination with Palestinian traditional bread called ekmaj.

“It actually varies, but not many people prefer heavy food”

The simple meal can be milk rice with a side snack such as dates, boiled eggs and etc.

“I would eat either cereals or toast with cheese spread, and milk on the side” 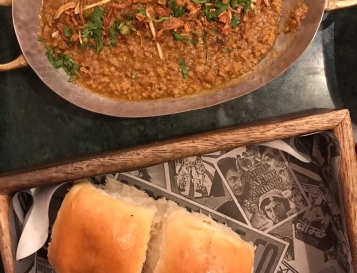 India is a huge country and Muslims are the minority…some of the common dishes eaten for Suhoor are stuffed kheema roti, bhurji pao, haleem and papaya.

“We usually have Shurabah and rice”

Shurabah is the Arabic word for soup, and it varies in Middle East, but in Yemen, shurabah with oats is mostly liked (super healthy).

Cuisines of the Arab world like – ful, hummus, cheese, zaatar and kishik (powdery cereal of wheat milk and yoghurt).

(When you live in UAE, you have had it all) 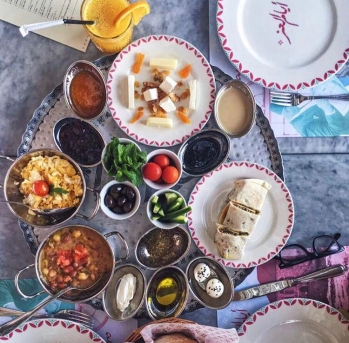 10- A friend from Thailand shares:

“Most of the Thai people are Buddhist “ 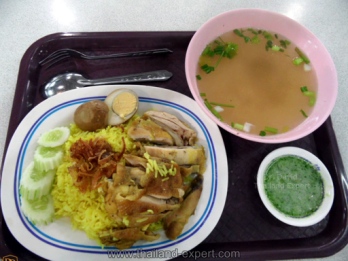 “sometimes leftovers from Iftar is eaten” 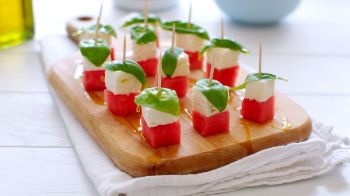 One of the dishes which is found in every household in Jordan during Ramadan and summertime is watermelons with cheese slices. Ful, falafel, labneh/cheese sandwiches and eggs are some of the other goods consumed.

12- A passionate Algerian who grew up in France shares: 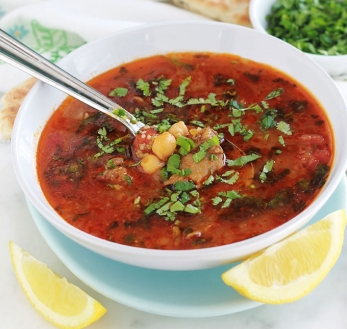 Bourek is a super crispy roll with chicken and egg inside. Another favourite dish is a tomato-based soup with spices, meatballs and chicken with Frick (a really thick semolina) known as Chorba Frik.  Also, Couscous and Tagine recipes (curiously researching more on Tagine) are well-liked.

(Similar suhoor dishes are eaten in Morocco and Tunisia) 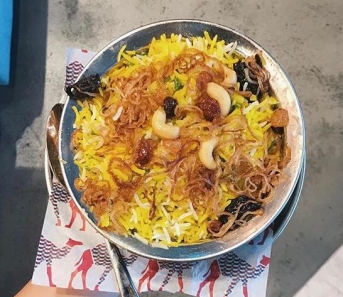 Mandi? The answer will always be yes.

“I mostly eat rice with lentils or other vegetables. Yogurt with fruit sugar and pieces of banana”

“In Afghan families we just eat something sweet with tea” 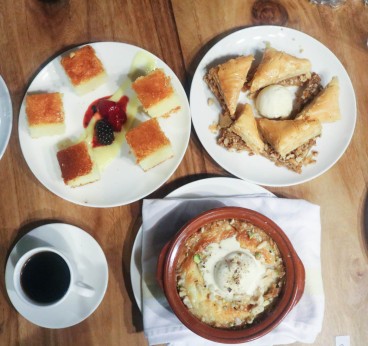 Halwa and baklawa are common sweets paired with lots of tea to sustain throughout the day. Afghans in the north choose filling food such as eggs, cheese and bread with jam or honey.

“So generally we have light iftar and pretty heavy suhoor”

Rice or bread paired with a protein-based dish –  the most special and loved dish is called fesenjoon (chicken with pomegranate molasses and crushed walnut). Another extraordinary dish is known as ashe reshteh (it’s a type of a thick noodle/vegetable soup with lots of herbs and lentils)

“And for something sweet we like to have halwa or ferni”

(Why have I never had fesenjoon and ashe reshteh?…sounds delish) 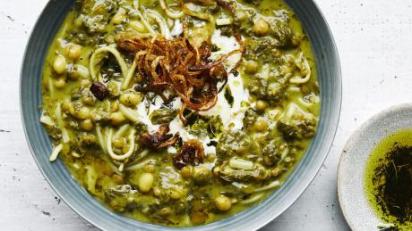 While the suhoor meals differ for each individual, the passion and love for culture and food remains common. Everyone instantly got on board to talk about food, shared details as well as personal pictures and that is how this post came together. Thank you, everyone!

Hope this was enlightening and helped tickle your curiosity buds. If you like to share/add about your country, comment below! A big shout out to @mzbshares for helping!

Please follow all these wonderful human beings and @DiscoverwithNazish!

*No data was amended, all the names of dishes are as told by the individuals to keep originality”

View all posts by Nazish Munir

One thought on “What does the World eat for Suhoor during Ramadan?”